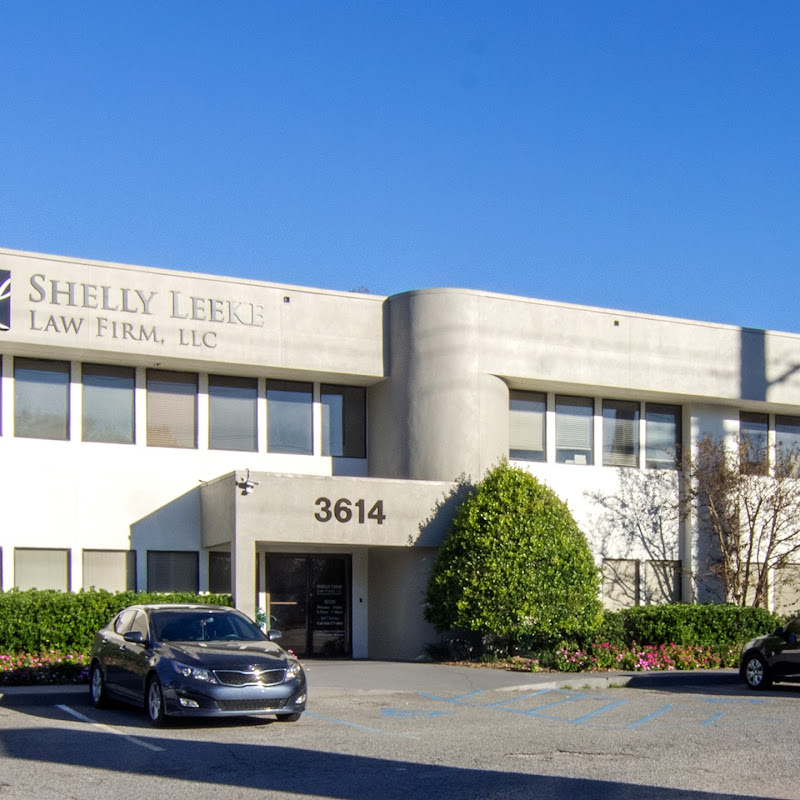 It took 3 years to get my $$. When the case was a open and shut case. But I would not use them again

They are amazing highly recommend

We wre completely ignored as was friends that delt with them.

I was in a terrible situation that ultimately required legal help right away in order to be resolved. I spoke to a few law firms in the area and no one would help me. It was the urgency, professionalism and the overall care of how my case was handled as to why I will only use Shelly Leeke Law Firm.
My attorney Mr. Crotts was always quick to respond to my phone calls and emails (even after hours). The quick responses and genuine care honestly won me over. I don’t know what I would have done without them!

Very professional staff and they listen to your concerns.

Next time I will go to George Sink...... and they don't put a lot of effort into your case unless you getting a lot of money.....

This lawfirm is COMPLETELY unprofessional. I was suppose to receive my settlement in March 2018. We were told once the check got in it would take some weeks to be released to me ... which was totally understandable. After the weeks were over thats when the running around started. We’d call on more than one occasion and were told every time that my lawyer was in meetings, out of the office, or would call us back. When we were promised phone calls or meetings we never got them and something always came up on their end. In the middle of us trying to receive my settlement we were informed my lawyer had to take leave and his supervisor would be taking my case (we thought the running around was over...WRONG). Here it is September 2018, and we’re told my original settlement check has expired, and their OWN financial department would write our check for us. QTNA ... How would the check been able to expire if we would’ve received it by the numerous dates they’ve told us?

My mom was in an accident & went to this firm. I advised my mom prior too not to sign anything just consult as she has never had to go through anything like this before. Like any concern child, I wanted to make sure she wouldn't be taken advantage of. She gets to their office and when she was asked to sign something calls me. The representative of this firm whom she was with asks to speak with me. He starts explaining what HIPAA is and I advised that I'm aware of what it is I've worked in the medical field. He replies "do you have degree"...of course I'm taken back by this inappropriate question but I let him know yes I do. He then states well he has a Master's and he isn't trying to take advantage because he's African American like my mom . How completely inappropriate and unprofessional. After some thought my mom decides this firm is not for her and calls to cancel. He gave her the run around and wouldn't immediately provide a release. I would STRONGLY recommend this firm works on their customer service/relationship.

They were great! I liked the personalized service and welcoming atmosphere of her office in North Charleston.

This is the worst law firm I have ever encountered. Also they operate in fraudulent terms. They settled the case without permission and held a $10,000 check in their account for months. It is August 28. USAA paid them 10K 2nd week of July. They cashed the check immediately and did not pay the injured victim. As of right now they still have the cash. This has got to be illegal. Who sues a lawyer when they break the law and watch their client suffer and lose possessions due to not able to work from injury. Meanwhile they earning interest on 10 Gs!

You're in Charleston sc. Not Hollywood!!!!! Let's see how long your firm stands. Only a matter if time that your so call criteria holds!!!! Lol lol lol smh

The firm has been working on my case for a little over a year and they have kept me in the loop every step of the way ... so far I will give an update later on the results regardless of the outcome.

I wouldn't have hire Shelly Leek Law firm if I knowed the hell I would go through almost a year later.A firm that you constantly have to called them, get blame for their mistakes. Constantly apologizing about not handling the case right after the person was assigned my case wasn't with the firm any longer. Just mentioning the person name sent them in a frizzy. Bills add up and had to pay them,calls from collection agency and letter sent by collection agency giving final noticed. I been calling and going to this office since April. Asking to meet or talk to Shelly only to be in contact with the one that's supposed to be the new one on the case or his supervisor who told me that my bills wouldn't have gone to collections if I paid on it. I could go on!!!!

Didn't do their job, was only concerned about getting their third

Lakes at pepperidge is a nice neighborhood. It's behind the Shelley leek law firm on ashley phosphate rd

If I could give zero stars, they’d have zero! My experience with this law firm has been disappointing from beginning to end. The lawyers at this firm could care less about what the clients want. They prolong the cases entirely to long. They don’t listen but rather tell you what they think you want to hear. They don’t keep in contact with you if you’re not constantly checking in on your case. I wouldn’t recommend them to anyone!

I appreciate all the time Ms. Green put into my case. Ms. Green called me with new information every time it was available. I can really applaud her because having two different people on the case she promised to put her all on the case she did just that. Thank you Ms.Green.

Thanks Shelly Leeke you helped me get 200,000 Dollars and it only took 5 broken ribs and a broken pelvic

Staff was very understanding. Communicated very well. Chip Alexander did his job and was of great help. Thank You,with a special Thanks too Shelly Leeke Law Firm.

I had 3 attorneys during my case. Each attorney gave 100% . I was pleased with the results.

Didnt heip my friend i took there very overratef

No communication with clients did like the ending g results

Mr. WIse, was my attorney and he was great. Thanks Shelly Leeke. Also thanks Renee Johnson with Shelly Leeke for the referral.

Collin Snow has done an amazing job making things happen and keeping me informed. Thanks a lot!

Ryan Webster JD was outstanding! His professionalism and follow up was above and beyond the expectations within his industry. Mr. Webster at all times was concerned more for me and my welfare than any insurance rep could ever be. I would recommend Mr. Webster and the Shelly Leeke Law Firm without hesitation.

I would like to take this time to say thank you for the wonderful experience that I had with the Leeke Law Firm.......My attorney Chris Maddox is awesome. Chris called in to check in on me, to see how my recovery was going, and kept me in the know of what was going on with my case. I would recommend the Leeke Law Firm if you ever have an accident, very Professional and Caring. Thanks Shelly Leeke for the experience. Job well done..

I was stopped in traffic with my grandson and was hit in the back by this young man driving his company truck. I look in the rearview mirror he was on his phone. Hurt my back and neck. We Went for treatment. All I walk away with was 5,000 dollars and still have backache. Grandson got about 1,500 They definitely didn't have our best interest in mind. Didn't even get to even meet Shelley Leeke.

Great Experience. Attorney Alexander is great. The entire team there was always professional and courtesy. They handled my car wreck claim and I am very pleased with the outcome.

Was Very help they handle everything .stayed in context

Best Law Firm ever. There isn't any firm I'd trust more than them. For all your personal injury and workers' comp needs trust no other firm other than Shelly Leeke Law Firm.

Our representative was awful you're just plain awful

These people take forever to return a phone call and will lie to you. I'm told one thing and now I'm getting screwed from getting work comp payments. Check around before going with someone who has bad reviews. All I want is a damn phone call but it takes days for anyone to talk with you. Oh and intake people need to stop telling possible new clients that someone will contact you an hour after you leave the office....that's pure bull$hit

I was very pleased with the service from the office. Highly recommend.

Leave A Review For For Shelly Leeke Law Firm